The choice of Generations, from the beginning and into the future.

Brashears Funeral Home moved to the north side of the Huntsville Square.

When Bruce’s son, Felix, returned from his service in the US Army Air Corps in World War II, he and his wife, Jo, took over the firm.

It remained in this location and under their operation for 29 years.

Construction was completed at the present location of the funeral home on North Gaskill Street.

Following Felix’s death in 1991, his son, Sumner, became President of the firm; making him the third generation to serve families in Northwest Arkansas.    Sumner's sister, Lucina, also assisted with the funeral home until her retirement in 2017.

Brashears added the crematory in 1984; broadening the services offered to families seeking cremation.

They still continue their service on advisory boards and committees on both the state and national level and are owners of Brashears Florists.

Today, Sumner and Jackie’s son, Stacy, is the fourth generation to serve this community as President.

His wife, Tracy, serves as Vice-President and manages the firm.

Brashears underwent a complete interior remodel of it's facilities and chapel to allow our families to celebrate life in a peaceful, modern, and uplifting atmosphere.

Meet our staff. Members of the local community make everything that happens possible.
Together, we make this place amazing. 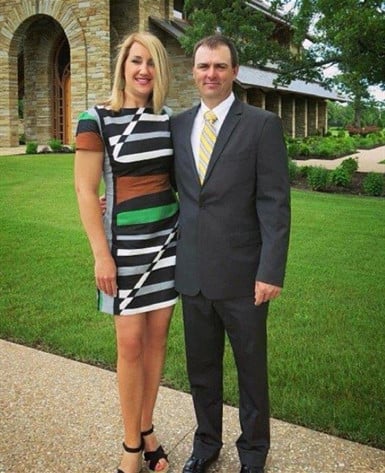 Stacy holds an Associate's Degree from Bacone College, where he was a member of the Warrior baseball team. He then attended, and continued his baseball career as a Tiger at Memphis State University, and ultimately completed his Bachelor's Degree in Business from Arkansas Tech University where he played for the Wonder Boys.

In 1995, he graduated with honors from the Dallas Institute of Mortuary Science, became a licensed funeral director and embalmer in the State of Arkansas, and the fourth generation of the Brashears family to serve Northwest Arkansas. He is a Certified Preplanning Consultant, a Certified Crematory Operator, and a member of The Heritage Club, a charitable group dedicated to securing a positive and progressive future for the funeral service profession. He and his wife, Tracy, took over the daily operations of the firm in 2018, following the retirement of his step-father, Sumner.

They are parents to one daughter, Erin, a senior at Hendrix College; and a son, Kross, a freshman at the University of Arkansas. They are members of the Huntsville United Methodist Church and enjoy attending catching Razorback baseball games, traveling, snow skiing, and the occasional day on the lake. 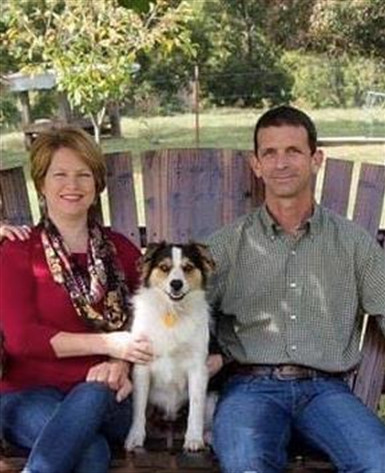 Kent Cotton has been a full time employee of Brashears Funeral Home and Crematory since September 2015. Prior to joining the firm, he worked for nineteen years for Tyson Foods in their live production field. He has been a licensed funeral director for two years and is happy to be serving the community that he grew up in.

The Cottons have two kids, Britany and Brett. Both are graduates of Huntsville High School. Britany recently married Michael Eaton, and they just built a new home. She is a graduate of College of the Ozarks in Hollister, Missouri with a degree in Elementary Education; and is a librarian at Watson Primary School. Brett is a licensed welder/fitter/fabricator and travels to job sites across the country. The Cottons are members of Huntsville Missionary Baptist Church and live on a small farm where they love to spend time doing outdoor activities, going camping, and spoiling their two dogs, Gus & Mollie.

Kent may be reached at
[email protected] 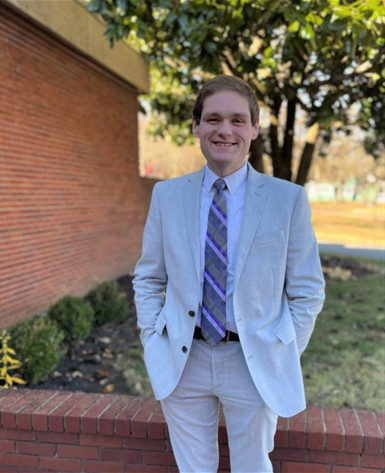 Jakeb felt this career as his calling, he always wanted to do something to help the community and feels this is a great way to give back, to show families the care and respect they so deserve, and to show that those lost are not forgotten. It is rewarding for him to know he is helping friends and family through their time of need. “We are a select few who take on this task, but we know that we are valuable members of the communities we serve and we are ready to help those who need us.”

When not serving his community, he enjoys going to the movies, hiking, and spending time with his family and their three dogs, Dexter, Bruno, and Tucker.

He can be reached at
[email protected] 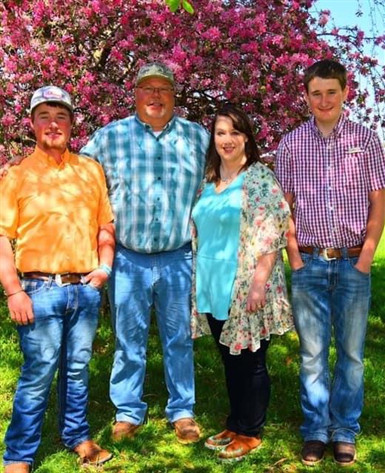 Jeremy is a life-long resident of Huntsville. He graduated from Huntsville High School in 1987, and received his computer programming degree from Bryan Institute in Tulsa, Oklahoma in 1988.

Jeremy spent 32 years in the information systems division of Wal-Mart. He retired from his position as Operations Manager in 2020 and returned to his hometown to serve his community.

Jeremy is married to his wife, Carlene, and they are parents to two sons, Bowdy and Reese. Bowdy has his own lawncare and taxidermy businesses. Reese is a senior in high school who is a member of the football team and the trap shooting team. As a family, they are avid fishermen, who also enjoy riding side by sides, hunting, and traveling. Jeremy and his brother, Jeff, also operate a family farm within the county, and Jeremy is very skilled when it comes to grilling and smoking. (He always has a welcome set of taste-testers among his coworkers.)

Jeremy may be reached at [email protected] 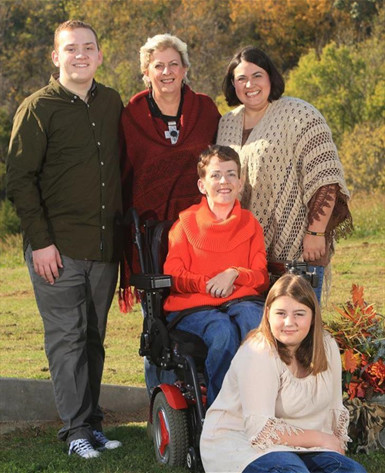 Connie Ledbetter serves as visitation attendant where she welcomes friends and families as they gather in our chapel.

She is a resident of Huntsville, and lives with her husband, Jerry, on their farm near Wharton Creek. Connie recently retired from service as a US Postal carrier - where she was able to meet many residents across the county. Connie has a large extended family, and an abundance of friends. She is a great cook, has a servant's heart and (always) a friendly smile to share.

We are happy to have Connie as a member of our family, and so very appreciative of the families she helps us serve within our community. 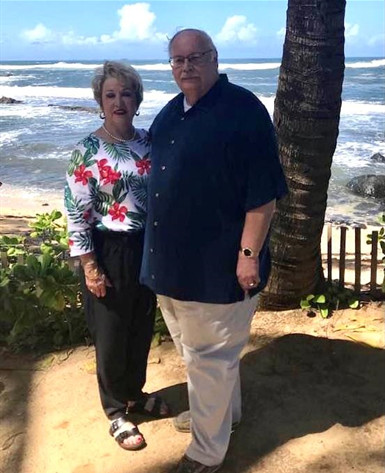 Sumner graduated from the Dallas Institute of Mortuary Science in 1971, became a licensed funeral director, and joined the family firm as a third-generation funeral director and embalmer.

In 1981, he became a Certified Funeral Service Practitioner. He is a member of the Arkansas State Board of Embalmers and Funeral Directors, and the Arkansas Burial Association Board.

He is past president of the Arkansas Funeral Directors association and on the advisory board for the Funeral Service Education Program at Arkansas State University - Mountain Home.

He served as president of the National Funeral Directors Association and continues to serve on NFDA panels and committees. He is Chairman of the Board of Selected Funeral and Life Insurance Company and Selected Financial Service Corporation.

He and his wife, Jackie, have one son and daughter-in-law, Stacy and Tracy Easterling; and one daughter and son-in-law, Dr. Gara and Cody Mosier. They are also proud grandparents to four grandchildren, Maggie, Erin, Quade, and Kross.

Sumner retired in 2018, when his son became the fourth generation to lead the firm. He and Jackie enjoy traveling, “calling the Hogs”, and are extremely active in our community.

Sumner is a member of the Huntsville United Methodist Church; a 33rd Degree Scottish Rite Mason, and an active Democrat. 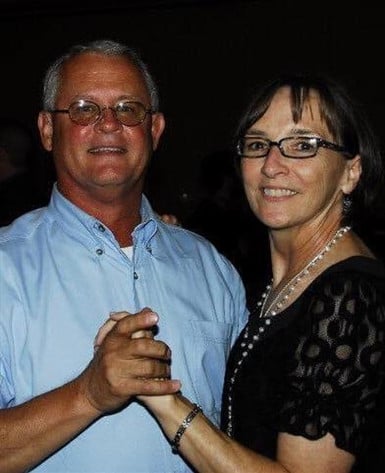 Randy graduated from Huntsville High School in 1972 and the Dallas Institute of Mortuary Science in 1976. He has been an integral member of the Brashears Funeral Home and Crematory staff for over 45 years; starting his employment in 1972 and as a funeral director and embalmer after his graduation from mortuary school.

He is married to Debbie Beasley Shinn, a registered nurse. Randy and Debbie have two children, daughter Jocelyn, and husband Andy, of Farmington; and Jeremy, of Huntsville. They also have four grandchildren, Weston, Mallory, Connor, and Paige.

Randy has served the City of Huntsville as former Fire Chief and as a member of the planning commission. He serves as a member of the Huntsville Fire Department and is a board member for Carroll Electric Cooperative Corporation, Meadowview Healthcare and Rehabilitation, and the Madison County Regional Water District.

Randy celebrated his retirement in 2019; however he still assists with services and within the funeral home on an at-need basis. He and Debbie can be found at their grandchildren's ballgames, biking along the Fayetteville Trail system, and renovating a farmstead just outside of town.

Find everything you need.

See where we are located.