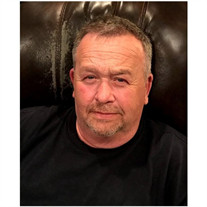 Stan Villines of Kingston, went to his heavenly home on Wednesday, December 26, 2018, at the age of 59. He was born, Gary Dale William Stanley Villines to William Boyd & Ollie (Keeton) Villines on June 21, 1959, in Harrison, Arkansas. Stan was a long time bachelor until he met the love of his life, whom he married on February 21, 2003. With that marriage he gained a precious daughter whom he loved dearly. Stan was a lifelong Christian. He had a beautiful voice & blessed many hearts traveling to churches all around to sing for the Lord. He was the song leader at the Low Gap Full Gospel church for many years. After moving to Kingston, he began attending church at the Lower Campground United Baptist Church where he had a wonderful church family. Stan graduated from Jasper High School in 1977. He worked for many years at Magness Buick Toyota in Harrison. He continued his career at Tri-County Telephone in Everton where he worked for more than 20 years. The last few years, he spent working on his farm near Kingston where he loved being outside taking care of his cows, but more importantly he cherished his time with his wife, daughter, family, and friends. He was preceded in death by his father, mother, & brother, Garry Eugene Villines. He is survived by his wife Shana; his daughter, Kimber Lynn Davidson of the home; two sisters & brothers-in-law, Charlene and Loyal Breedlove of Low Gap, and Billie and Junior Armer of Kingston; one brother & sister-in-law, Danny and Rhonda Villines of Compton; a sister-in-law, JoEtta Villines of Parthenon; and several nieces and nephews who all loved him and have many wonderful memories of their Uncle Stan. He will be greatly missed by all who knew him. To know him was to love him. The family will receive friends 6:00-7:00 PM, Friday, December 28, 2018; at Brashears Funeral Home.  Funeral services will be 10:00 AM, Saturday, December 29, 2018; at Lower Campground United Baptist Church with Pastor Ryan Stokes and Brother Bo Bailey officiating.  Interment will follow at the Lower Campground Cemetery.  Pallbearers will be Richard Smith, Levi Riley, Kevin Villines, Trevor Bowen, Kyle Bohannan and Kelvin House.  Honorary pallbearers will be Randall Villines, Larry Madewell, Steve Villines, Teddy Villines, Cody Villines, Billy Clark, David Howard, Tim Selsor, Avery Logan, Bill Magness, and Arlene Villines.   Services are entrusted to Brashears Funeral Home and Crematory of Huntsville.

Stan Villines of Kingston, went to his heavenly home on Wednesday, December 26, 2018, at the age of 59. He was born, Gary Dale William Stanley Villines to William Boyd & Ollie (Keeton) Villines on June 21, 1959, in Harrison, Arkansas. Stan... View Obituary & Service Information

The family of Stan Villines created this Life Tributes page to make it easy to share your memories.

Stan Villines of Kingston, went to his heavenly home on Wednesday,...

Send flowers to the Villines family.