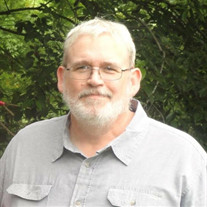 Scott David Boehm, 62, of Huntsville; passed away Thursday, February 3, 2022, at Washington Regional Medical Center, Fayetteville. He was born Wednesday, October 28, 1959, at Glendora, California; to Robert James and Irene Williams Boehm. Scott married Darlene Gaddin on Saturday, May 4, 1996, at St. Paul; and was father to two daughters. He was employed by Butterball as a production superintendent where he worked for over thirty years. An avid Civil War enthusiast, Scott was an active member of The Sons of Confederate Veterans, where he participated in reenactments and enjoyed demonstrating and firing his cannons. Scott dearly loved his family, especially his grandchildren. Scott was preceded in death by his parents, and his brother, Steve. He is survived by his wife, Darlene Boehm of the home; his daughters, Kimberly Sue Boehm of Oklahoma; and Cassie Boehm of the home; three brothers, Mark Boehm of Pettigrew, Arkansas; Mike Boehm California, and Kevin Boehm of Oregon; one sister, Kimberly Boehm of Oregon; his step-mother, Linda Boehm of Oregon; and three grandchildren, Gloria Boehm, Miguel Boehm, and Kevin Boehm. The family will receive friends 5:00-7:00 PM, Tuesday, February 8, 2022, at Brashears Funeral Home. Funeral Services will be 12:00 noon, Wednesday, February 9, 2022, at the Funeral Home with Russ Huffman officiating. Services are entrusted to Brashears Funeral Home and Crematory of Huntsville.

The family of Scott Boehm created this Life Tributes page to make it easy to share your memories.

Send flowers to the Boehm family.