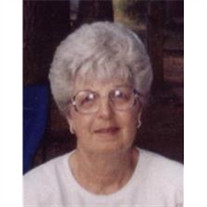 Mona H. Littrell, 75, of Blue Springs, Missouri, died November 2, 2012 at Saint Mary's Medical Center in Blue Springs, Missouri. She was born May 13, 1937 in Madison County, Arkansas, the daughter of Raymond and Fern Ledbetter Cline. She was known by many for her service at Jerry's United Super Grocery. She was the widow of her husband of fifty-three years, Norval Littrell who preceded her in death on May 7, 2009. She was also preceded in death by two brothers, Russell Cline and Lonnie Cline and one sister, Ann Baughman. Survivors include: one son, Jerry Littrell; one daughter, Twila Waggener; one brother, Allen Lockhart; two sisters, Sue Tarwater and Nancy Irvin; one grandson, Corey Waggener; one granddaughter, Meghan Littrell; and several nephews and nieces. Funeral services will be held at 10:00 A. M. Wednesday, November 7, in the chapel of Brashears Funeral Home with The Reverend Dennis Brannan officiating. Interment will be in the Alabam Cemetery under the direction of Brashears Funeral Home www.brashearsfuneralhome.net of Huntsville, Arkansas. Memorials may be made to The Alzheimer's Association, Heart of America Chapter, 3846 West 75th Street, Prairie Village, Kansas 66208.

The family of Mona H. Littrell created this Life Tributes page to make it easy to share your memories.

Send flowers to the Littrell family.