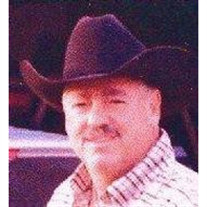 James Earl Hargis, 61, of Marble, Arkansas, died January 6, 2012 at Huntsville, Arkansas. He was born October 27, 1950 at Prairie Grove, Arkansas, the son of Willis Perry and Beatrice Velma Bolinger Hargis. He was a farmer, a logger and a deacon... View Obituary & Service Information

The family of James Earl Hargis created this Life Tributes page to make it easy to share your memories.

Send flowers to the Hargis family.