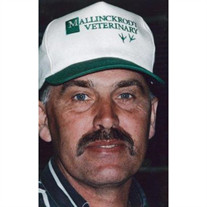 Glenvel Otto "Glen" Bennett, 67, of Boston, Arkansas, passed away on Monday, March 31, 2014 at his home.  Glen was born in the Boston area on December 4, 1946 to Otto and June Johnson Bennett.  Glen married Joann Williams on April 15, 1966.  He previously had poultry houses and raised beef cattle.  Glen was a faithful member of the New Home Church of Christ.  Before he became ill, he loved singing bass at church, playing softball and hunting.  He was proud of his family and enjoyed spending time with them.  He loved the hills where he was born and never wanted to live anywhere else but "Bennett Ridge".  Glen was preceded in death by his mother, June Bennett, one brother, Calvin Bennett and one sister, Fern Thornberry.Survivors include: his wife of forty-seven years, Joann Bennett of the home; two daughters and sons-in-law, Tamera and Joe Richardson and Tina and Chance Bryant, all of Venus; one son and daughter-in-law, Brian and Tammy Bennett of Boston; his father and stepmother, Otto and Velma Bennett of Boston, Arkansas; one sister and two brothers-in-law, Janice and Herby Jordan and Doug Thornberry, all of Boston; one sister-in-law, Linda Bennett of Boston and grandchildren, Claudia and Claire Richardson, Brianna and Justin Burgess, Bayleigh Bryant, Paden, Paige, Layton and Kinley Bennett.Funeral services will be held at 2:00 P. M. Friday, April 4, in the chapel of Brashears Funeral Home with T. J. Bennett officiating.  Interment will be in the New Home Cemetery under the direction of Brashears Funeral Home www.brashearsfuneralhome.net of Huntsville, Arkansas.  Pallbearers will be: Brian, Paden and Layton Bennett, Chance Bryant, Joe Richardson and Justin Burgess.  Honorary pallbearers will be: Doug Thornberry, Herby Jordan, Foye K. Johnson, Larry Joe Johnson, Jerry Lee Johnson and H. D. Callaway.  The family will receive friends from 6:00 P. M. to 8:00 P. M. on Thursday at the funeral home.

The family of Glenvel Otto Bennett created this Life Tributes page to make it easy to share your memories.

Send flowers to the Bennett family.