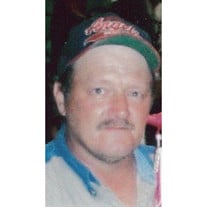 Charles F. Swaims, 50, of Johnson, Arkansas, died May 9, 2014 at his home. He was born December 27, 1963 at Batesville, Arkansas, the son of Marvin and Tommie Brown Swaims. He was a truck driver, a Christian and a former member of the National... View Obituary & Service Information

The family of Charles F. Swaims created this Life Tributes page to make it easy to share your memories.

Send flowers to the Swaims family.