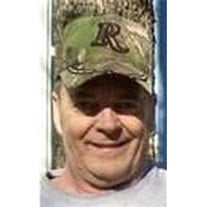 Charles Vernie Duffey, 63, of Witter, Arkansas, died November 21, 2012 at the Veterans Healthcare System of the Ozarks in Fayetteville, Arkansas. He was born December 1, 1948 at Marshall, Missouri, the son of Raphiel Duffey and Iva Scott. He was a graduate of the Pleasant Hill High School in Pleasant Hill, Missouri. He later in life worked for the Pleasant Hill R-III which he retired from in 2004 after twenty-eight years of service. He was a veteran of the Vietnam War, serving in the United States Army. He was a member of the First Baptist Church in Pleasant Hill and Post #3118, Veterans of Foreign Wars in Pleasant Hill. He was involved with the Boy Scouts as a child and later in life as a leader. He loved spending his time walking in the woods and teaching others what he had discovered on his nature walks. Charles loved to spend time on the mountain and with his family who deeply loved him. He was preceded in death by his brother, Raphiel Duffey, Jr. Survivors include: his wife, Ruby Ann Williams Duffey of the home whom he married on July 4, 2000 at Eureka Springs, Arkansas; two sons, Patrick Dillon of Witter, Arkansas and Jeremy Dillon of Belton, Missouri; one daughter and son-in-law, Sharri and Paul Smith of Pleasant Hill, Missouri; his father and stepmother, Raphiel and Wilma Duffey of Huntsville, Alabama; his mother, Iva Scott of Pleasant Hill, Missouri; one brother and sister-in-law, Greg and Rebecca Duffey of Tracy, Missouri; one sister, Rebecca Nagel of Texas; one grandson, Joshua Akins of Lee's Summit, Missouri; three granddaughters, Kara Smith, Emma Smith and Hannah Smith, all of Pleasant Hill, Missouri; one great-granddaughter, Brylea Akins of Lee's Summit, Missouri; two nephews, Ethan Duffey and Gideon Duffey and one niece, Jessica Duffey. Graveside services will be held at 2:00 P. M. Friday, November 23, at the Venus Cemetery with The Reverend Gary Faulkner officiating. Arrangements are under the direction of Brashears Funeral Home www.brashearsfuneralhome.net of Huntsville, Arkansas. Pallbearers will be: Dennis Williams, Kenny Williams, Doug Williams, Greg Duffey, Barry Brown and Paul Smith.

Charles Vernie Duffey, 63, of Witter, Arkansas, died November 21, 2012 at the Veterans Healthcare System of the Ozarks in Fayetteville, Arkansas. He was born December 1, 1948 at Marshall, Missouri, the son of Raphiel Duffey and Iva Scott. He... View Obituary & Service Information

The family of Charles Vernie Duffey created this Life Tributes page to make it easy to share your memories.

Send flowers to the Duffey family.