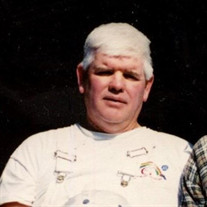 Billy Joe Harp, 62, of Combs; passed away Tuesday, March 29, 2022, at home. He was born Tuesday, November 3, 1959, at Springdale; to Billy Dean and Eupeil Vianda Howell Harp. Billy married Janita Gooding on Tuesday, December 12, 1978; at Fayetteville; and together they were parents to two children. Billy grew up on a farm east of Springdale, where he farmed grapes. He later had had an orchard of 2500 peach trees on his farm at Combs. In addition to his talent as a storyteller, he loved fishing, had many friends with whom he enjoyed visiting, and most importantly, he loved his kids and grandkids. Billy was preceded in death by his father, Billy Dean Harp; one son, Billy Ward Harp; one sister, Anne Atkins; and one grandchild, Malena Harp. He is survived by his wife, Janita Harp of the home; one son, Jarrett and Cassie Harp of Combs; his mother, Eupeil Harp; two brothers and one sister-in-law, David and Sue Harp, and Dempsey Harp; two sisters and one brother-in-law, Brenda and Jerry McCabe, and Suzie Harp; a brother in-law, Larry Gooding, and wife, Debbie, all of Springdale; and three grandchildren, Kayla Harp, Wyatt Harp, and Wade Harp. Graveside Service will be 2:00 PM, Monday, April 4, 2022, at Combs Cemetery with Randy Harp officiating. Pallbearers will be Pokey Smith, Jason Smith, Carlos Sinclair, Rick Bilderback, Gary Glenn, and Jerome Hollingsworth. Interment will immediately follow services at Combs Cemetery. Services are entrusted to Brashears Funeral Home and Crematory of Huntsville.

The family of Billy Harp created this Life Tributes page to make it easy to share your memories.

Send flowers to the Harp family.