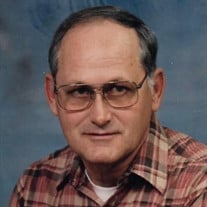 Alvin Fay Watkins, 74, of Japton, Arkansas, departed this life and entered his heavenly home on November 5, 2017.  He was born August 15, 1943 at Japton, Arkansas, the son of Charley E. and Zelma Ruth Corbitt Watkins.  He had retired from Campbell Soup Company in Fayetteville, Arkansas and was a member of the Mountain Grove Church of Christ.  Alvin lived everyday to the fullest and loved helping other people more than anything.  He loved his Lord, his church family and the many friends he had made through the years.  He will be missed greatly, but we are comforted by the assurance that we will see him again in heaven one day.He is survived by his wife of fifty-two years, Linda Mitchell Watkins of the home; two sons and daughters-in-law, Brad and Melanie Watkins of Lonoke, Arkansas and Brent and Rita Watkins of Heber Springs, Arkansas; four brothers and three sisters-in-law, Dewey and Melba Watkins and Allen Watkins, all of Japton, Arkansas, Calvin and Loretta Watkins of Huntsville, Arkansas and Loy and Carol Watkins of Saint Paul, Arkansas; one sister and brother-in-law, Betty and Ed Boatright of Springdale, Arkansas; two grandchildren; three step-grandchildren and three step-great-grandchildren.Funeral services will be held at 10:00 A. M. Thursday, November 9, in the chapel of Brashears Funeral Home with Jeff Thomas, Minister officiating.  Interment will be in the Groseclos Cemetery at Japton, Arkansas under the direction of Brashears Funeral Home www.brashearsfuneralhome.net of Huntsville, Arkansas.  Pallbearers will be: Mike Harriman, Mark Dee Garrett, Daryl Ogden, Rodney Counts, Brandon Rogers and Dennis Rogers.  The family will receive friends from 5:00 P. M. to 7:00 P. M. on Wednesday at the funeral home.

Alvin Fay Watkins, 74, of Japton, Arkansas, departed this life and entered his heavenly home on November 5, 2017.  He was born August 15, 1943 at Japton, Arkansas, the son of Charley E. and Zelma Ruth Corbitt Watkins.  He had retired from Campbell... View Obituary & Service Information

The family of Alvin Fay Watkins created this Life Tributes page to make it easy to share your memories.

Send flowers to the Watkins family.