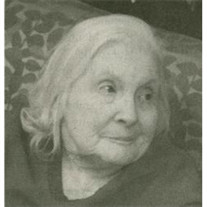 Virginia Lorraine Clouse Hilton, 93, of Huntsville, Arkansas, died May 18, 2015 at the Washington Regional Medical Center in Fayetteville, Arkansas. She was born January 26, 1922 at Independence, Missouri, the daughter of Allen C. and Lorretta Rudd Boone. She was a seamstress at Lees Dress Factory and loved to make quilts, which had won ribbons at the Madison County Fair, for her family members. She was a loving, caring and wonderful Mother to her family. She was the widow of Darrell Hilton who preceded in death on September 10, 1997. She was also preceded in death by a brother, Allen W. Boone and a half-brother. Survivors include: her children, Larry Eugene Clouse of Huntsville, Arkansas, Lorretta Rose DeMotte of Fayetteville, Arkansas, Martin Leroy Clouse of Kansas City, Kansas, Billy Wayne Clouse of Wesley, Arkansas and Beverly June Baker of Centerville, Kansas; one stepson, Harold Hylton of Springdale, Arkansas; thirteen grandchildren and twenty great-grandchildren and thirteen great-great-grandchildren. Graveside services will be held at 10:00 A. M. Friday, May 22, at the Nail Cemetery with The Reverend C. H. Doss officiating. Arrangements are under the direction of Brashears Funeral Home www.brashearsfuneralhome.net of Huntsville, Arkansas. Pallbearers will be: J. D. DeMotte, Mike Clouse, Bill Clouse, Jr., Shane Clouse, Tyler Clouse and Troy Hylton. The family will receive friends from 5:00 P. M. to 7:00 P. M. on Thursday at the funeral home.

Virginia Lorraine Clouse Hilton, 93, of Huntsville, Arkansas, died May 18, 2015 at the Washington Regional Medical Center in Fayetteville, Arkansas. She was born January 26, 1922 at Independence, Missouri, the daughter of Allen C. and Lorretta... View Obituary & Service Information

The family of Virginia Lorraine Hilton created this Life Tributes page to make it easy to share your memories.

Send flowers to the Hilton family.