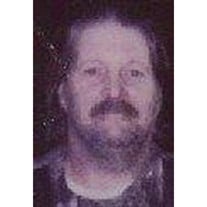 Richard Donald Bean, Jr., 58, of Huntsville, Arkansas, died September 21, 2012 at Circle of Life Hospice in Springdale, Arkansas. He was born May 23, 1954 in Chicago, Illinois, the son of Richard Frederick and Grace Lorene Dorsey Bean. He was... View Obituary & Service Information

The family of Richard Donald Bean, Jr. created this Life Tributes page to make it easy to share your memories.