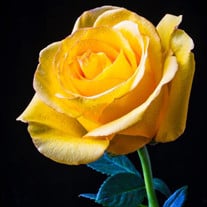 Norma (Jean) Powell, 82, of Huntsville, AR; passed away Tuesday, February 8, 2022, at Countryside Assisted Living, Huntsville, AR. She was born Friday, February 10, 1939, in Crowell, TX; to James Bedford and Roberta Doris McClellan Kidd. Jean married Tony Bruce Powell on Saturday, June 22, 1968; and together they were parents to six daughters, four from Tony’s previous marriage and two of their own. She was one of Jehovah’s Witnesses and attended The Kingdom Hall in Huntsville. She talked to everyone she met about her hope for the future that’s promised in God’s Word the Bible. Jean was an avid reader, a readers digest collector, and loved word search puzzles. She was a homemaker and a wonderful cook who seldom used a recipe and made the most amazing from-scratch cinnamon rolls you’ve ever tasted and was known for her famous banana pudding. She loved listening to Roger Whitaker, Burl Ives, Johnny Horton and Neil Diamond. She loved movie mysteries. She had a very active imagination and would often make up stories about what might have happened when she heard an ambulance or a fire truck. Her children recall that on their parents anniversary every year she didn’t want to exclude them so she would make up treasure hunts and write the most awesome clues for them to find presents hidden all over the house. She was a kind and caring person who was always ready to help anyone in need. She always saw the good in people and never gave up hope in anyone and was therefore loved by so many. She loved to talk to anyone she met but was also a great listener and a wonderful person in which to confide all your troubles and secrets. She will be greatly missed by so many friends and family. “We‘ll see you on the other side that’s just around the corner”. Jean was preceded in death by her parents, James and Roberta Kidd; three siblings, two brothers and one sister; and one daughter Rebekah Cahoon of Fort Worth, TX. She is survived by her husband, Tony Powell of Springdale, AR; five surviving daughters and four sons-in-law, Candye and Ron Greer of Fayetteville, AR; Marcie Whalen of Fayetteville, AR; Belinda and Larry Mitchell of Cameron Park, CA; Angela and Mark Croy of St. Charles, MO; Deborah and Jack Colter of Conway, AR; eight grandchildren and nine great grandchildren; five surviving siblings, one sister and four brothers. No services are planned at this time. Cremation is entrusted to Brashears Funeral Home and Crematory of Huntsville, AR.

The family of Norma Jean Powell created this Life Tributes page to make it easy to share your memories.

Send flowers to the Powell family.