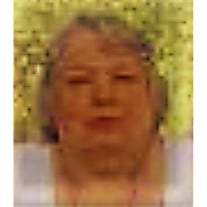 Marilyn Deanna Kober,  71, of Fayetteville, Arkansas, died February 9, 2017 at the Willard Walker Hospice Home in Fayetteville, Arkansas, after a long battle with cancer.  She was born September 28, 1945 in Lewistown, Illinois, the daughter of Fred and Jessie Toomer Sherwood.  She married Donald Kober on December 28, 1972 in New York.  They moved to the Elkins area from Iowa in November 1994.  She was a sales representative for Home Interiors Gifts, Inc. and enjoyed substitute teaching at local schools for many years.  Marilyn and her husband Don lived in Coralville, Iowa for many years where they co-founded the Wanderers Car Club.  They were very active in the show car community and made many friends all across the country.  After moving to Arkansas, Marilyn continued those friendships by phone, often exceeding her monthly minutes.  She loved her family and friends and will be missed by all.  She attended Saint Paul's Episcopal Church in Fayetteville, Arkansas.  She was preceded in death by her husband, her parents one brother, Richard Sherwood and one sister, Juanita Salisbury.Survivors include: four daughters Shawn Askew of Fayetteville, Arkansas, Megan Briscoe of Summerfield, Florida, Tara French of Combs, Arkansas and Lisa Peck of Peoria, Illinois; one son Dan Kober of Pekin, Illinois; two sisters, Carol Doucet of Sherrill, New York and Genie (Sharon) Hargis of Towanda, Illinois; nine grandchildren; one great-granddaughter and several nephews and nieces.Memorial services will be held at 2:00 P. M. Thursday, February 16, in the chapel of Brashears Funeral Home with The Reverend Suzanne Stoner officiating.  Arrangements are under the direction of Brashears Funeral Home www.brashearsfuneralhome.net  of Huntsville, Arkansas.Memorials may be made to the Willard Walker Hospice Home, 325 East Longview Street, Fayetteville, Arkansas  72703.

The family of Marilyn Deanna Kober created this Life Tributes page to make it easy to share your memories.

Send flowers to the Kober family.