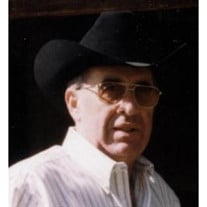 Lyndell Paul Berry, 74, of Springdale, Arkansas, died July 27, 2015 at Countryside Assisted Living in Huntsville, Arkansas. He was born November 22, 1940 at Loy, Arkansas, the son of Fred Troy and Anna Bolinger Berry. He was friend to many and a Christian. He enjoyed life, never meeting a stranger and was always the first to help someone in need. His passion was the cattle industry. He was a cattle buyer for many years during which he owned and operated Berry Trucking Company. He was a loving Dad, PaPa, Brother and Friend that will be missed forever. He was preceded in death by one sister, Louise Hendrix. Survivors include: three daughters and one son-in-law, Lynda and Jeff Davis and Lori Vitt, all of Springdale, Arkansas and Lisa Simpson of Fayetteville, Arkansas; three brother and two sisters-in-law, Richard and Judy Berry of Huntsville, Arkansas, Tommy and Donna Berry of Pensacola, Florida and Freddie Berry of Huntsville, Texas; eight grandsons and two granddaughters-in-law, Aaron and Nicole Davis, Andrew Davis, Avery Davis, Gus Vitt, Roper Vitt and Trace Vitt, all of Springdale, Arkansas, Tyler Simpson of Fayetteville, Arkansas and Josh and Tessa Ramsey of Huntsville, Arkansas; three granddaughters and one grandson-in-law, Ashley and Chad Bryant of Kansas City, Kansas, Tameca Simpson and Courtney Grupe, both of Fayetteville, Arkansas; one great-grandson, Hayes Berry Davis; three great-granddaughters, Maci Lynn Ramsey, Molly Elizabeth Ramsey and Aaleyah Simpson and several nephews, nieces and cousins. Funeral services will be held at 10:00 A. M. Friday, July 31, in the chapel of Brashears Funeral Home with The Reverends Butch Bolinger and Brandon Brasel officiating. Interment will be in the Alabam Cemetery under the direction of Brashears Funeral Home www.brashearsfuneralhome.net of Huntsville, Arkansas. Pallbearers will be grandsons. The family will receive friends from 5:00 P. M. to 7:00 P. M. on Thursday at the funeral home.

Lyndell Paul Berry, 74, of Springdale, Arkansas, died July 27, 2015 at Countryside Assisted Living in Huntsville, Arkansas. He was born November 22, 1940 at Loy, Arkansas, the son of Fred Troy and Anna Bolinger Berry. He was friend to many and... View Obituary & Service Information

The family of Lyndell Paul Berry created this Life Tributes page to make it easy to share your memories.

Send flowers to the Berry family.