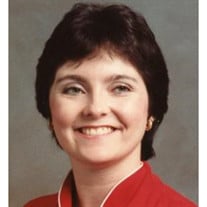 Lesia Lynnette Davis passed away at her home in Edmond, Oklahoma, Thursday December 1. Lesia was born on August 4, 1962 at the Madison County Hospital in Huntsville, Aransas. She was preceded in death by her father, Ronald Dean Davis; her maternal grandparents, Guy and Katherine Whorton; her paternal grandparents, Murel and Amo Davis; uncle, Larry Davis and cousin, Jay Uhrich. She is survived by her mother, Belinda Davis and her sister, Joanna Davis Hamrick along with her husband Stephen Hamrick and their daughter Hattie all of Edmond, Oklahoma. She is also survived by her maternal aunts and uncles, Eddie and Pam Whorton and Eulena Carpenter; her paternal aunts and uncles, Bill and Zee Davis, Carol Davis, Nancy and Richard Uhrich, Patty and Charles Ayers and Larry and Janice Horine; her great aunts and uncles, Roberta Appleton, Madge and James Whittemore and Bob and Dee Davis. She is also survived by a multitude of cousins on both her maternal and paternal side. Lesia was much loved by her parents, Ronald Dean and Belinda Whorton Davis. She was the first grandchild of Guy and Katherine Whorton and the first to graduate college on both her mother and fathers side. She graduated from the University of Texas Arlington with honors. While attending UTA for a degree in broadcasting she had the opportunity to be the anchorwoman for the UTA news channel. She had a successful career in the field of insurance with American Fidelity Assurance in Oklahoma City, Oklahoma. Her career was shortened by her illness. Lesia was a private person who loved movies, books and travel. Her biggest passion was for her three poodles, Pepper, Fluffy and Baby. In 2015 she fulfilled a lifelong dream of visiting Paris, France. She also enjoyed visiting Seattle, New York, Washington DC, Nashville, New Orleans, Chicago and Vancouver-Victoria, Canada. Lesia enjoyed many things, fishing with her granddad, snow skiing with her high school friend Michele, plus bowling, swimming, scrabble and bridge. She liked any game that gave her a challenge and of course the Razorbacks which with her medical condition she watched from the sidelines. Lesia also enjoyed watching or on TV many types of sports, especially tennis and was a big fan of John McEnroe and was especially happy when she got to meet Serena and Venus Williams. She loved the OKC Thunder and was so excited to meet Kevin Durant at the food court in front of the movie theater. Lesia enjoyed all types of music and went to many concerts. Her favorite ones were Frank Sinatra, Jackson Five, Prince, The Eagles, Rod Stewart and her high school heartthrob Rick Springfield three times. Lesia was engaged once and turned down three proposals, while waiting for Brad Pitt. His picture remains on her desk. Lesia enjoyed spending time with her closest friend, Susan and deeply loved her mother, sister and niece, Hattie. She will be missed by a lot of people but will be missed the most by her loving mother. The world has lost a loving, intelligent and wonderful person. Life just will not be the same without her. Funeral services will be held at 10:00 A. M. Wednesday, December 7 in the chapel of Brashears Funeral Home with Reverend Brad Moore officiating. Interment will be in the Huntsville Cemetery under the direction of Brashears Funeral Home www.brashearsfuneralhome.net at Huntsville, Arkansas. Memorials may be made to the Sjogren's Syndrome Foundation, 6707 Democracy Blvd, Suite 325, Bethesda, MD 20817, 800-475-6473.

Lesia Lynnette Davis passed away at her home in Edmond, Oklahoma, Thursday December 1. Lesia was born on August 4, 1962 at the Madison County Hospital in Huntsville, Aransas. She was preceded in death by her father, Ronald Dean Davis; her maternal... View Obituary & Service Information

The family of Lesia Lynnette Davis created this Life Tributes page to make it easy to share your memories.

Lesia Lynnette Davis passed away at her home in Edmond, Oklahoma,...

Send flowers to the Davis family.