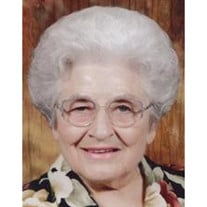 Lena Naideen Drake, 81, of Huntsville, Arkansas, died November 8, 2012 at the Washington Regional Medical Center in Fayetteville, Arkansas. She was born May 15, 1931 at Alabam, Arkansas, the daughter of Tommie Joe Cephas and Edith Pearl Howard Presley. She retired from the University of Arkansas Extension Service after forty-two years of service as an office manager. She was a long-time member of the Huntsville Free Will Baptist Church and the widow of Raymond Ray Drake who preceded her in death on April 22, 1999. Survivors include: one sister, Dorma Vaughan of Huntsville, Arkansas; two nieces, Marla Vaughan and Twila Witt and husband, Mike, all of Huntsville, Arkansas and one great-nephew, Derek Witt of Huntsville, Arkansas. Funeral services will be held at 10:00 A. M. Monday, November 12, in the chapel of Brashears Funeral Home with The Reverends Jim Spurlock and Eldon Bagwell officiating. Interment will be in the Alabam Cemetery under the direction of Brashears Funeral Home www.brashearsfuneralhome.net of Huntsville, Arkansas. Pallbearers will be: Mike Witt, Derek Witt, Keith Phillips, Jeff Reeves, Brent Gurley and Wade Graham. Honorary pallbearers will be: Mike Grigg, Charles Gurley, Gary Stafford, J. D. Hawthorn, Jerry Vaughan, Bill Nelson, Rick Gurley, Wimbert Grigg and Dennis Waters. The family will receive friends from 2:00 P. M. to 4:30 P. M. on Sunday at the funeral home. Memorials may be made to the Alabam Cemetery Association or Huntsville Free Will Baptist Church Youth Group.

The family of Lena Naideen Drake created this Life Tributes page to make it easy to share your memories.

Send flowers to the Drake family.