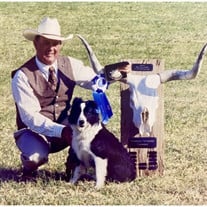 William Dwain Thompson, 69, of Huntsville; went to be with his Lord and Savior on Saturday, October 23, 2021. He was born Tuesday, June 17, 1952, at Huntsville; to Alfred and Loretta Snow Thompson. Dwain married Kathy Reynolds on Friday, November 7, 1975 at Springdale. They celebrated 46 wonderful years with each other, and together were parents to one daughter, Courtney Leigh Ledbetter. Dwain was born in Huntsville, AR and grew up on his family farm. Alongside his father and brother, he was a full time logger and farmer. Since the passing of his father, Dwain and his brother Kenny, and nephew Shelby, continued the family business of logging and keeping the farm alive. Dwain enjoyed tending to his cattle and sheep. He was an amazing father, and, as a little girl, Leigh went with him everywhere he went. As she grew up, basketball became their bond. Dwain made sure Leigh knew there was nothing she could not accomplish or achieve. His love for his family grew with the birth of his granddaughters, Laken and Allie. They were two of his greatest joys. Over the last couple of years, they were able to spend a lot more time with their "Papa", checking cattle, and bottle feeding both lambs and calves. They might have also enjoyed a few milkshakes together as well. Dwain is preceded in death by his parents, his father-in-law and mother-in-law, Bonnie and OD Reynolds and Step Mother-in-law Judy Reynolds. He is survived by his loving wife, Kathy Thompson, of the home; his daughter and son-in-law, Leigh and Trent Ledbetter, of Huntsville; two granddaughters, Laken Catherine Ledbetter and Allie Mae Ledbetter, both of Huntsville; his brother and sister-in-law, Kenney and Teresa Thompson; brother-in-law and sister-in-law, Tony and Katie Reynolds; all of Huntsville. He is also survived by nephews and nieces, Shelby and Julie Thompson, Trisha and Shaun Bolinger, Justin Fox and Laura, Mallory and DJ Dallari, and Codee and Rachel Reynolds; six great-nephews, and three great-nieces. The family will receive friends 5:00-7:00 PM, Tuesday, October 26, 2021, at Brashears Funeral Home. Funeral Services will be 10:00 AM, October 27, 2021, in the chapel with JL Thompson officiating. Pallbearers will be Trent Ledbetter, Shelby Thompson, Oakley Thompson, Shaun Bolinger, Brady Bolinger, Dylan Bolinger, Bill McMillian, and Van Jones. Honorary pallbearers will be Kenny Thompson, Bob Rowe, Jim Taylor, Larry Young, and Greg Taylor. Interment will immediately follow services at Alabam Cemetery. In lieu of flowers, memorial donations in Dwain's name may be made to Calvary Baptist Church Playground Fund, PO Box 1019, Huntsville, AR 72740. Services are entrusted to Brashears Funeral Home and Crematory of Huntsville.

William Dwain Thompson, 69, of Huntsville; went to be with his Lord and Savior on Saturday, October 23, 2021. He was born Tuesday, June 17, 1952, at Huntsville; to Alfred and Loretta Snow Thompson. Dwain married Kathy Reynolds on Friday, November... View Obituary & Service Information

The family of Dwain Thompson created this Life Tributes page to make it easy to share your memories.

William Dwain Thompson, 69, of Huntsville; went to be with his...

Send flowers to the Thompson family.