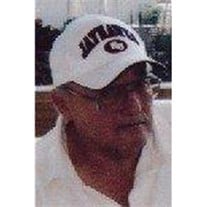 Charles Wendell Harrington, 78, of Springdale, Arkansas, died June 2, 2011 at the Fayetteville Veterans Home in Fayetteville, Arkansas. He was born September 1, 1932 at Akron, Colorado, the son of Wayne and Vella Burt Harrington. He was a retired... View Obituary & Service Information

The family of Charles Wendell Harrington created this Life Tributes page to make it easy to share your memories.

Send flowers to the Harrington family.