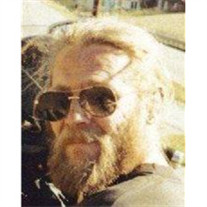 Albert Lee Hartsfield, 57, of Huntsville, Arkansas, died November 9, 2011 at his home. He was born June 30, 1954 at Colorado Springs, Colorado, the son of Bobby Gene and Rosie Lee Bouse Hartsfield. He was a construction worker and a veteran... View Obituary & Service Information

The family of Albert Lee Hartsfield created this Life Tributes page to make it easy to share your memories.

Send flowers to the Hartsfield family.